The man’s engagement ring is more common in other countries than in the United States and Canada, but the tradition is becoming more popular in North America. More couples want the man, as well as woman, to wear evidence of their engaged status.

While he doesn’t need a mangagement band (as they are sometimes called), some would love to have one. And it isn’t only gay men who want the symbolic ring.

In this age where equality between genders goes both ways, some men think, “Why shouldn’t I wear an engagement ring?” There’s no good answer to that question.

The short answer is whatever he wants. Like every other aspect of your wedding, this is uniquely yours.

Note: This post contains affiliate links. Which means MyOnlineWeddingHelp.com gets a small commission, at no additional cost to you, if you click and buy.

A Diamond or Gemstone Mangagement Ring 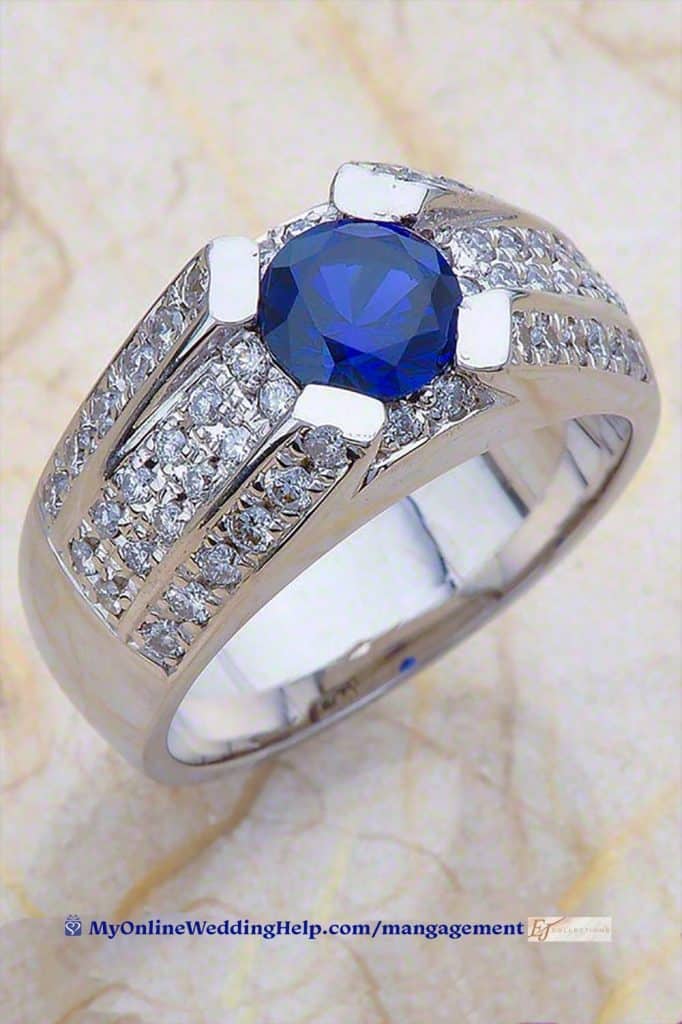 Learn more or buy this diamond and sapphire mangagement ring.

The traditional woman’s engagement ring is a diamond solitaire. You may want a diamond mangagement ring for him as well. Or, like the one above, choose a gemstone as the center stone.

A Promise Ring for Him 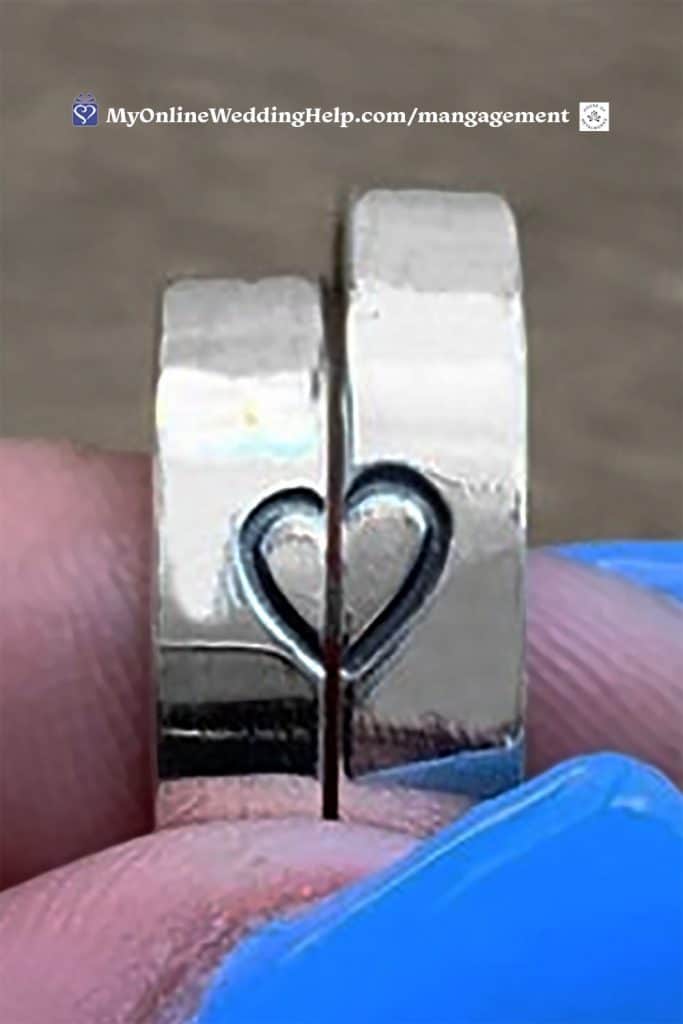 If yours is an “open engagement,” you may prefer promise rings instead.

By definition, the difference between a promise ring and an engagement ring is the intent. The former means you intend to be engaged and married but really haven’t set the wheels in full motion. The latter means you’ve both said a definite yes, and the marriage is a go.

The other difference is price. Promise rings typically cost less than engagement rings. So look for metals such as silver, tungsten, or titanium with unique etched designs for your guy’s promise ring. Like this affordable silver promise ring set. 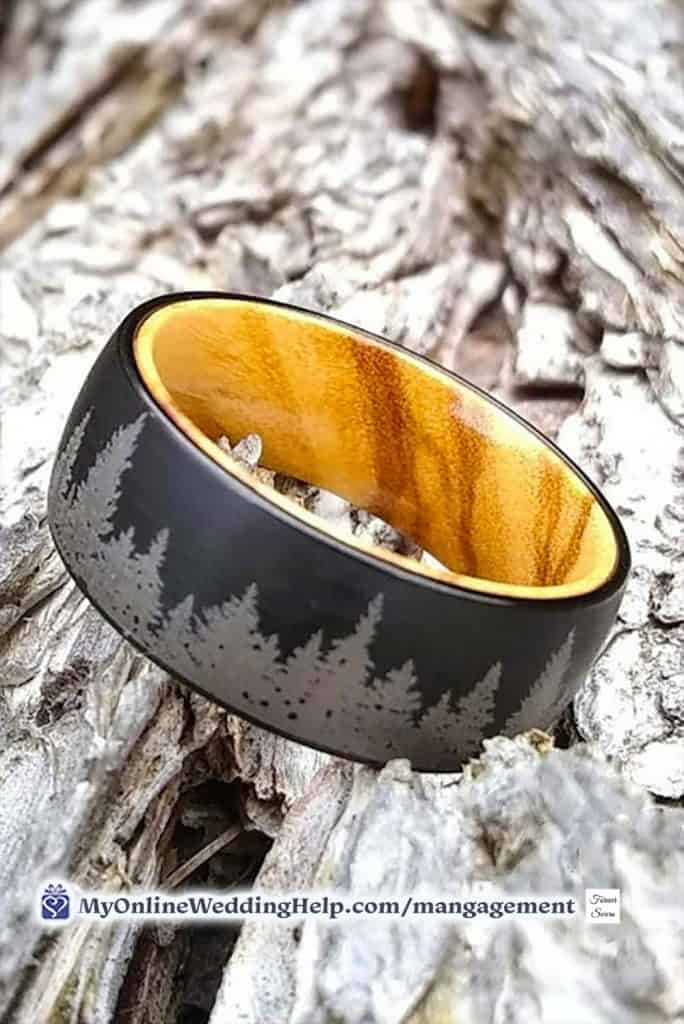 Learn more or buy this man’s engagement or wedding band.

Some choose a single ring to double as both a wedding and an engagement ring. This tungsten and wood ring is intriguing. It is unique enough to work as a man’s engagement ring. Yet traditional enough to be the wedding band as well.

Marriage between two men also raises the question of whether their rings should be different than a mix-gender couple’s. The answer is, do what fits your personality.

If your identity revolves around being gay, then you are likely to want that reflected on your fingers. Many choose rings with rainbow colors or a double-male symbol.

Otherwise, choose what you like. The rings should give you a warm, proud feeling when you look at them. No matter what the style.

What Happens to the Mangagement Ring After the Wedding?

Because the man’s engagement ring is usually not part of a wedding set, what to do with it after the ceremony can be a more complicated decision than for a woman. There are three choices:

(1) Move it to the right hand.
(2) Wear both rings on the left hand.
(3) Wear the same ring as both the engagement and wedding ring.

In any case, the answer to “Should you give your man an engagement ring?” is “If one or both of you want it, then definitely yes!”

To get more ideas and purchase an engagement ring for the groom-to-be, visit the Men’s Engagement Ring section of MyOnlineWeddingHelp.com.

Congrats on your engagement! My Online Wedding Help is here to help you plan and budget your wedding. Take a look around at our wedding guides, DIYs, tips, and ideas. You can even shop for your wedding products.